The signature historic piece, reminiscent of Balmoral Castle and key in the minds of craftsmen as the traditional sofa.

A Brief History of the Chesterfield Sofa

It is believed that the Chesterfield Sofa gets its name from Lord Phillip Stanhope, the 4th Earl of Chesterfield (1694-1773). Lord Stanhope was a nobleman, renowned for his style and gentlemanly decorum, and legend has it that he commissioned the first sofa of this style, with a low seat, deep buttoning and quilted leather upholstery. The Chesterfield Sofa gained popularity in the 19th Century, following the introduction of the spring coil for upholstery.

The sofa became, and remains, a staple design feature for exclusive gentleman’s clubs. It was often exported to the British colonies by officials of the British Armed Forces who could not live without their favourite sofa, and thus became internationally synonymous with the epitome of British luxury and style.

The Making of a Chesterfield Sofa

Our Chesterfield Sofas are made by hand, using traditional woodwork and upholstery techniques. Every step in the creation of this sofa takes place under one roof in our workshop, situated just outside Newcastle, England.

Our frames are constructed by hand, from responsibly sourced wood which has been kiln dried. Our upholsterers then work skilfully to position and hand tie cone springs to the seat and back. Cone springs help to optimise comfort by evenly distributing weight across the back and seat. 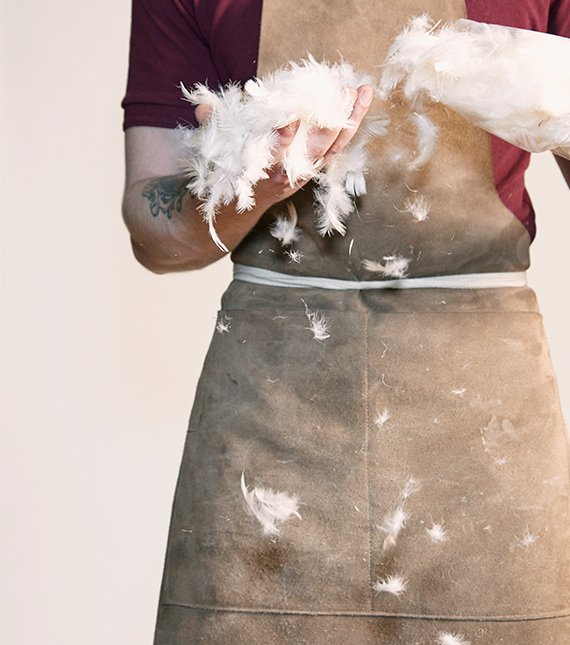 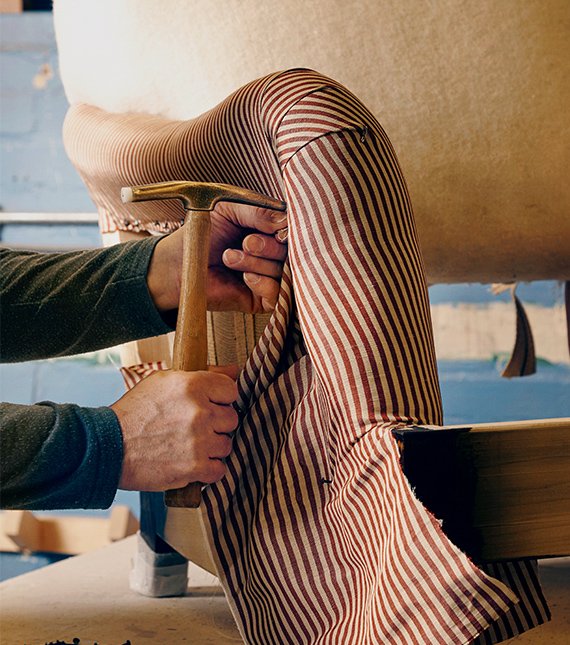 The springs are wrapped in hessian and hand tied again to ensure correct positioning and maximum protection for the fillings. Natural horse hair is then applied to give a voluptuous depth to the deep buttoned arm, seat and back area. The fillings are encased in a fitted cotton lining which holds the loose hair in position as well as enabling the upholsterer to plan out the button formation.

Our craftsmen are then ready to apply the fabric and deep buttoning. Each individual tufted ‘diamond’ is upholstered by hand, using a special 40cm upholstery needle. Each button is hand made using the same fabric or leather, and our standard chesterfield sofa has approximately 200 buttons.

Choosing a Chesterfield Sofa for your Home

The impressive stature and iconic design makes the Chesterfield Sofa a brilliant statement piece for homes and is best matched with large armchairs.

The Early Victorian Chesterfield Sofa is a great choice for comfortable family rooms due to its generous seat depth and low, comfortable seat. This sofa looks striking on its own, or accessorised with cushions and throws for added comfort.

Leather and velvet are popular upholstery material for residential use; this is largely due to their hard-wearing qualities, luxury feel and bold aesthetics. Both materials are great options for homes with children or dogs as they are easy to clean and care for.

The Standard Chesterfield Sofa is unbuttoned, making this sofa the perfect choice for patterned fabric or for upholstered outdoor furniture.