Streetwalkers on Kurfürstendamm can gaze up at the building’s original sandstone façade, with neo-baroque details like broad bay windows, triangular gables, and gilt balcony railings.

The building’s layout is still essentially the same as well, with two side wings uniting the front and rear building around a central courtyard. The New York and L.A.-based designer Dayna Lee of Powerstrip Studio researched Berlin’s history extensively before drawing up Hotel Zoo Berlin’s new design. She imagined the hotel as the townhouse of a globetrotting family, a place where guests could sense the city’s past while making themselves as comfortable as they would at home. The Living Room’s huge windows preserve the openness of the original courtyard, while a five-meter-

long double-sided fireplace makes the atmosphere as warm and cozy as the New York townhouse of an old friend. Lee’s design deliberately plays with scale: A six-meter false door of walnut wood adds a touch of “Alice in Wonderland” whimsy, as does the two-ton sculpture of oversized lily flowers mounted to the ceiling. The original brick walls give a sense of the building’s history, while Lee’s warm pink and raspberry tones invite guests to unwind with a cocktail or a cappuccino in a brown leather Baxter chair or George Smith sofa.

For this project much of the George Smith furniture was covered in bright fabrics and leathers. In many of the bedrooms you will find our furniture covered in materials to reflect their bedroom’s ambience.

Communal areas such as the reception and bar feature a mixture of banquette sofas and furniture from our standard collection. A variety of deep buttoned pieces were used, along with the furnishings for the expansive lounge space. 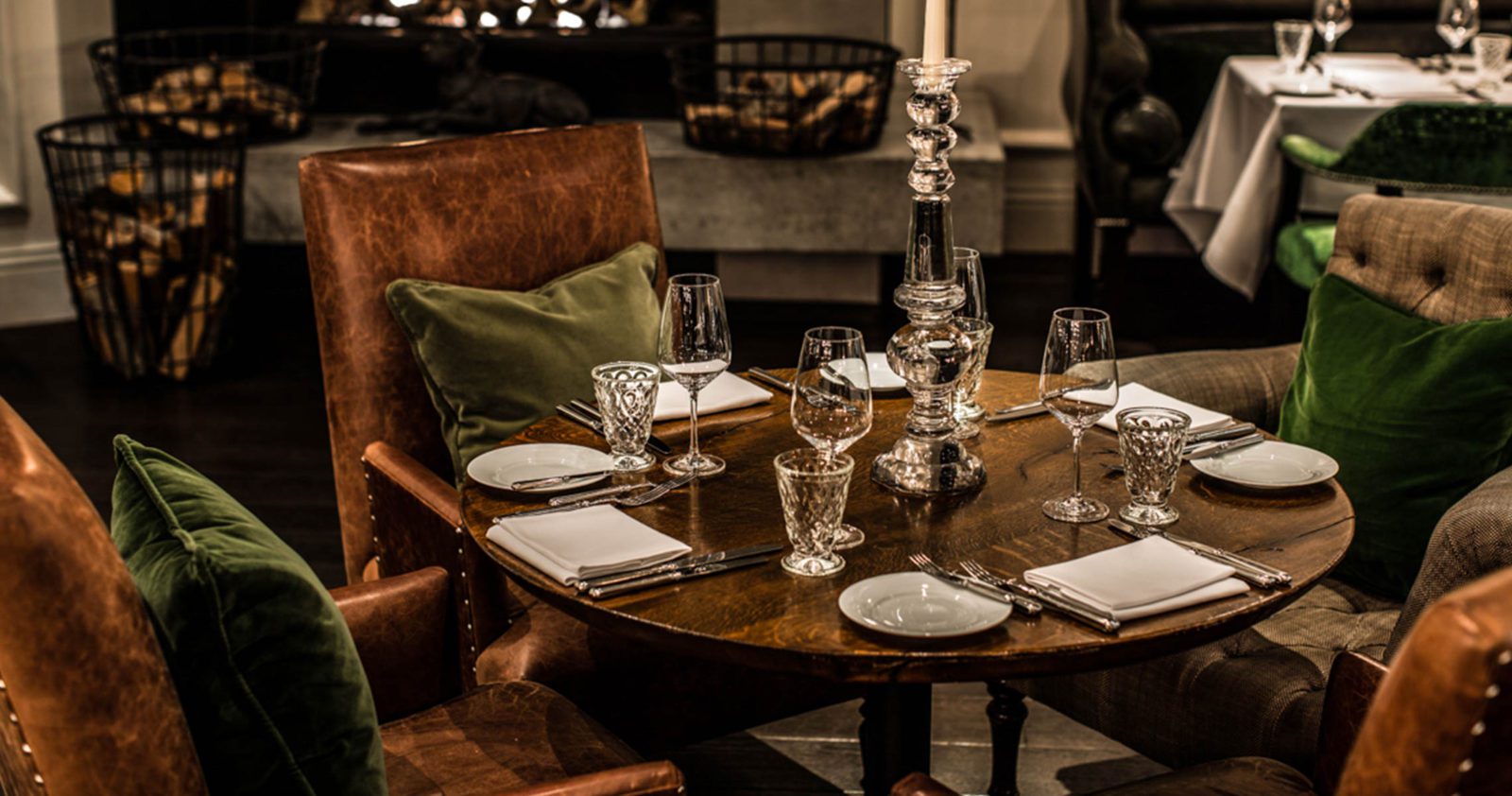 Bespoke Banquette based on Ryan Sofa

A beautifully buttoned tub chair, the curvaceous Airdrie Chair is sumptuous to settle into.