Imagine purchasing your new home, stepping over the threshold and finding yourself immersed in a flawlessly designed and furnished suite, in which all the decorating has already been done. This is a turnkey home, a craze currently sweeping the globe, where you simply 'turn the key' and your new life awaits.

Jean-Louis Deniot, connoisseur of neo-classical interior design, is no newcomer to the turnkey scene and is working on several such projects, from Hong Kong to West Palm Beach.

This 5,000 square-foot Belgravia four-bedroom home, which was previously three separate apartments, has numerous assets – a prime location, a double garden, its own front door, and lots of lateral space in a city where small rooms are the norm. Given that clients for turnkey developments are for the most part from other countries, Deniot is particularly focused on creating a sense of place. Here, for instance, he installed floor-to-ceiling doors in the 18th-century English Adam style.

One place he never holds back: the entry hall, as illustrated by the custom geometric door and bronze door-and-wall trims he designed for this project. An antique Venetian lantern hangs overhead, and the custom floor is in Carrara and Nero Marquina marbles. “First impressions last,” Deniot says, “and I wanted to mesmerise visitors straightaway.” 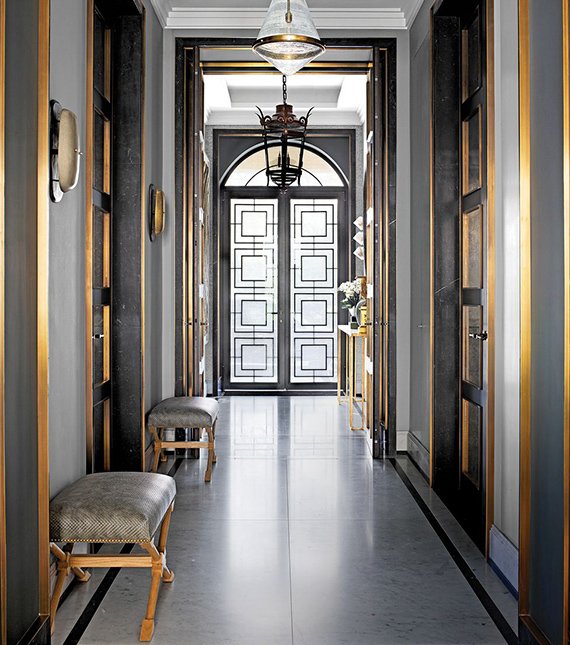 A true believer of rare artistry with an impeccable level of expertise, Deniot melds together antique and contemporary to create timeless designs in which luxury is embedded in every corner. “In my works, I use mostly handmade materials and finishes. Every surface and finish I use comes from great and unique artisans. Each Atelier provides unbelievable high level craftsmanship, they have the knowledge, the experience and together you create the magic.” A central feature to the drawing room is the Heather Sofa, a part of the Jean-Louis Deniot Collection for George Smith, a harmonious marriage of neo-classical and contemporary, skilfully executed by master craftsmen featuring contrast piping and intricate tailoring. “In a turnkey project, you have to avoid giving potential buyers the impression that they’re entering someone else’s home,” he says. “They want to feel like nobody has ever sat on that sofa or used the bathroom. It needs to be fresh, fresh, fresh!”

“I enjoy the financial pressure of creating a home that needs to sell, and the design choices are based on what adds real value to the property.”

Inspired by neoclassicism, the collection exudes feminine lines and elegant curves. Much like Deniot’s interiors, the pieces are highly detailed and skilfully finished featuring contrast piping, intricate tailoring and a wide array of finishes.